Africa is one of those continents where you will get loads of different places to showcase your skills in photography. And when it is all about picturing the wildlife moments, then nowhere will be as best as the African national parks and the forests. After all, it is a country, which sports a huge number of wildlife species, including some of the endangered species.

Starting from Tanzania to South Africa, these countries form the best places for safari and hence, you can really get some unique shots of the animals living in their wild habitat. 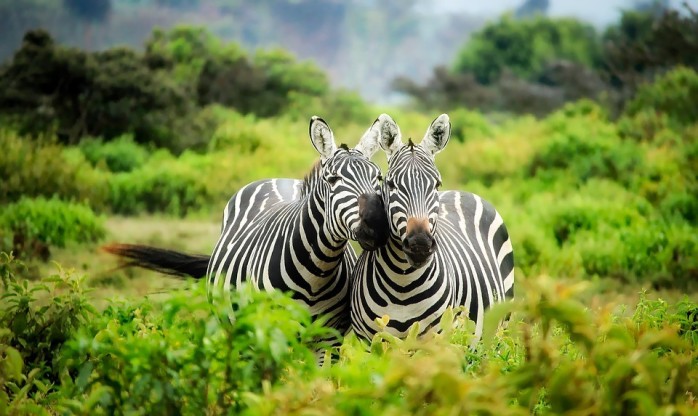 If you are planning on spending holidays in Africa for wildlife photography, then here are some of the best places you wouldn’t dare to miss!

Located in the Eastern Africa, this is a preserved forestland with Savannah vegetation. The five beasts of the jungle can be found here- elephants, hippo, lion, cheetah, and the rhinoceros. A large number of the wildebeests migrate into the area during the winter season. Apart from the wildlife, you can also get to capture the precious moments of the Massai lifestyle in the nearby villages.

With the sand dunes, rusty valleys and mountains, desert plants, and a Savannah climate, Kalahari deserts is one of the important places for wildlife photography. The marshes and the floodplains within the desert are enriched with a variety of flora and fauna. Predators like lion, cheetah, spotted hyena, Cape wild dog, brown hyena, and even the predatory birds are found in abundance. Wildebeest is common in this area including the marine animals like the crocodile.

With the saltwater pan located in the middle of the Etosha National Park, the forest is said to e the home of many endangered and vulnerable species of animals. Four main types of vegetation covers are the there in the park- the woodlands, the Savannah, the grasslands, and the saline desert. Zebra, black rhinoceros, elephants, lions, springbok, blue wildebeest, and black-faced Impala are some of the different mammals found in the area. A large number of avian species are also there in the game.

Though Masaai Mara Reserve is one of the most important national parks in Kenya, you can never ignore the Samburu National Park. The main attraction of this woodland area is the Kamunyak, a lioness who is said to adopt the oryx calves. Reticulated giraffe, African leopard, lion, Cape Buffalo, and even the olive baboons, and the waterbuck can be found in this area. The Ewaso River is the home to a large number of the crocodile.

The rainforests of the Atsinanana consist of six main national parks. Being UNESCO heritage site, the rainforests are important for maintaining the ecological balance of the forests as many species of the Madagascar biodiversity are endangered. Some of the unique species that you will witness within the six national parks are lemurs, mongooses, civets, Madagascar serpent eagle, red owl, and so on.

The national park is best known for the endangered species of the Mountain Gorilla and the golden money. The main vegetations found in this area are the rainforests and the bamboo forests, providing an ambient habitat for the monkeys. Black-fronted duiker, buffalo, spotted hyena, bushbuck, and elephants are some of the common mammals you will find in the national park. Apart from this, 178 species of birds are found in the park. The Karisimbi volcano is one of the best places for getting some ethereal snaps of nature. Apart from this, there are lakes and caves for your photography session if you want something else other than the wildlife.

Being one of the main parts of the Serengeti ecosystem the park is famous for the migratory wildebeest. Serengeti plains, Western Park, and the Northern Serengeti are the three areas in which the entire national park is demarcated into. Considering the wildlife, you will definitely have the wildebeest, the largest mammal to have existed on the earth’s surface till date, zebras, Impala, Warthog, hippo, Masai giraffe, waterbuck, and so on. Some rare species of the Impala can be found in this national park.

Formed by the Okavango River, this inland basin is one of the main reserves for the wildlife. The Moremi Game Reserve is the national park, which is located on the eastern part of this deltaic region. Over 400 bird species can be found in this region including the crested crane, the lilac-beasted roller, hamerkop, and the sacred ibis. Considering the animals, you will get the African bush elephant, the hartebeest, springbok, kudu, gemsbok, roan antelope, black rhinoceros, Nile crocodile, and even the vervet monkey.

With the rugged Savannah type of vegetation, two main rivers drain the entire land- the Kidepo and the Narus rivers. As two different valleys are there, you will have two different wildlife varieties. In the Narus Valley, you will get the spotted hyena, lion, cheetah, African buffalo, bat-eared foxes, Rothschild’s giraffe and so on.

With so many wildernesses within the subcontinent, Africa has become a major spot for photography safari the wild animals and their daily lifestyle. After all, in the wild regions, the beasts can be on their own, with their primal instincts guarding their activities.

4 Comments on “Top African destinations for the best wildlife photography”